I am on my computer again so I thought I would do a quick post here of my wet diaper. I enjoy seeing used diapers and the insides of them and I know there are others out there too who also love it which is why I do it. No I don’t do requests so what you see here is all you get.

This diaper was smelling of urine so I thought I should change and only saw I was wet in the middle. These do hold a lot and they start smelling before you use them to its full capacity.

I took it off this morning and I pooped in it last night and slept in it. I almost posted it on Twitter but then realized not everyone likes to see messy or wet diapers like I do so I decided to just post it here again with link only.

These were taken in 2006. I had these on my photobucket account for all these years and only showed them if anyone asked to see diaper pictures of me.

Here are the Pearl diapers taken in 2006 because I remember some users were curious about them and wanted to know what they looked like so I took photos to share online. 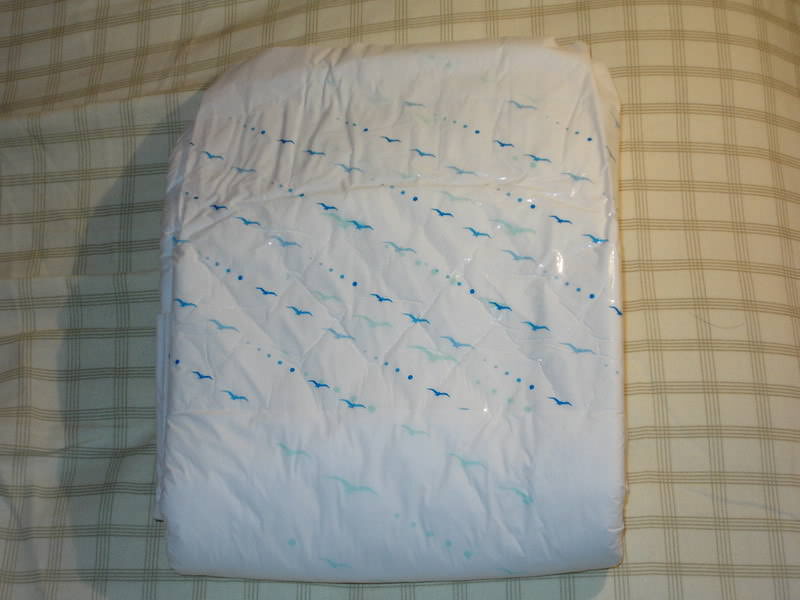 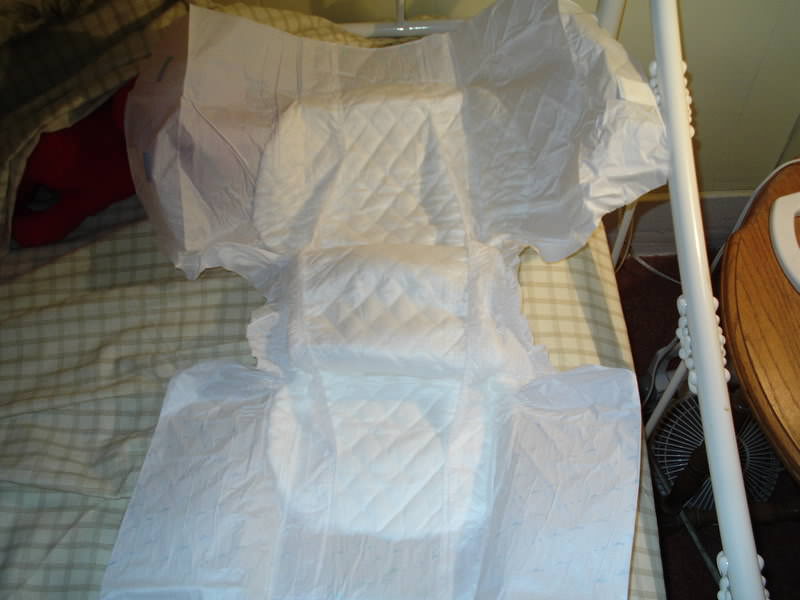 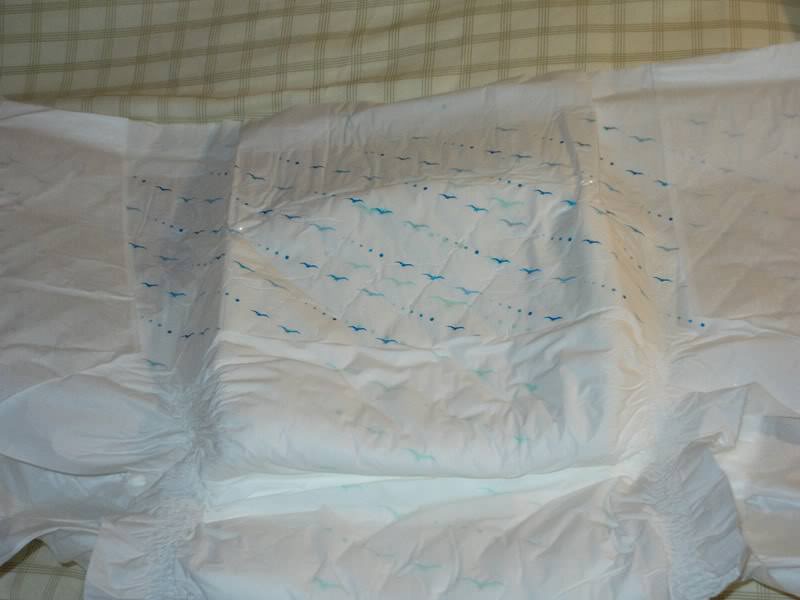 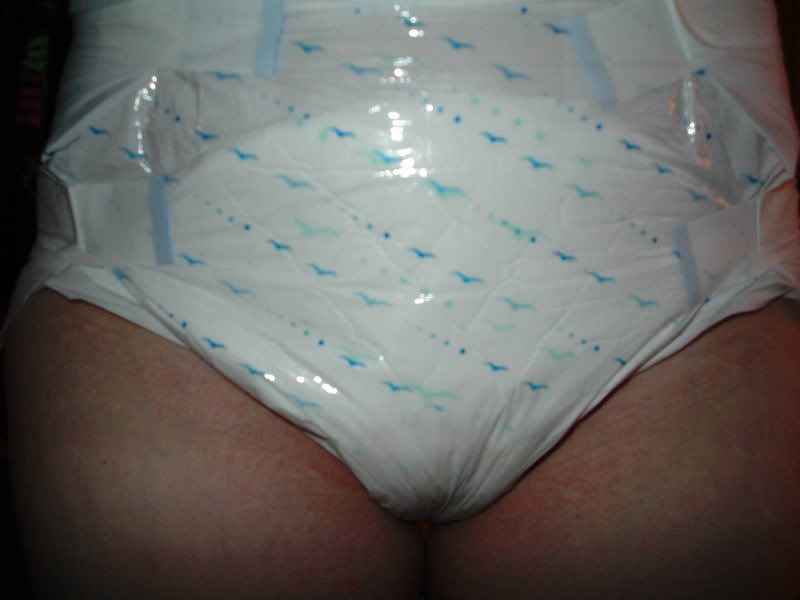 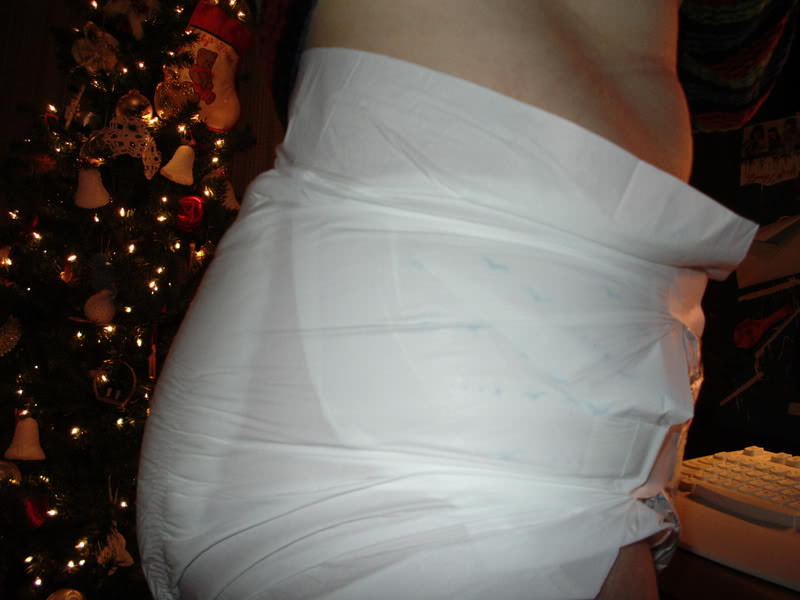 I am wearing a a brand here made by Western family. They were pretty good diapers and felt thick and they were pretty cheap. $11.99 for 22 diapers and then they knocked them down to $9.99 and that store no longer carried them. I am very wet in the picture here. I remember finding them in a thrift store a few years later and bought them. I knew it was Western Family because of the tabs. 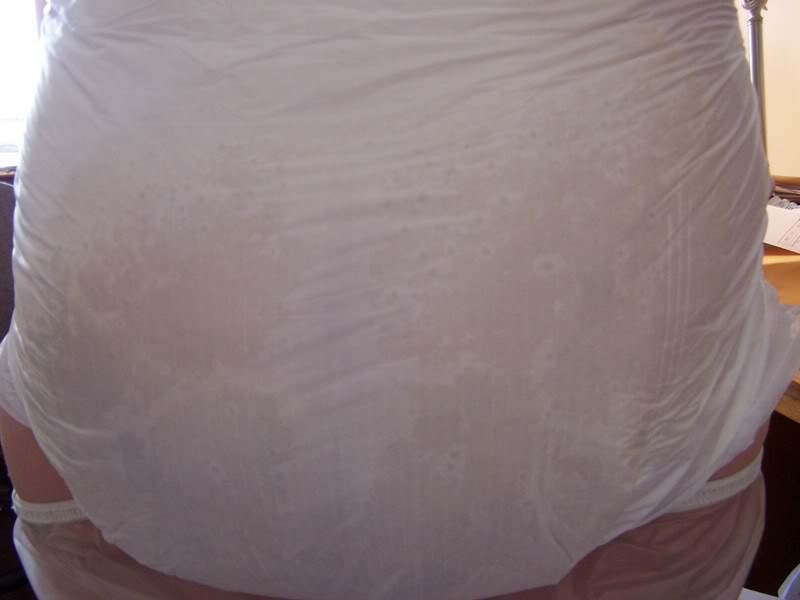 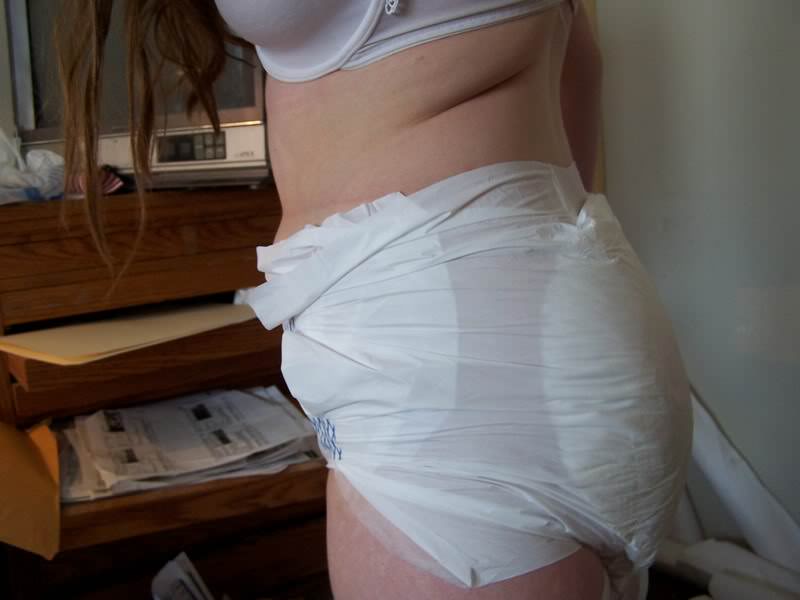 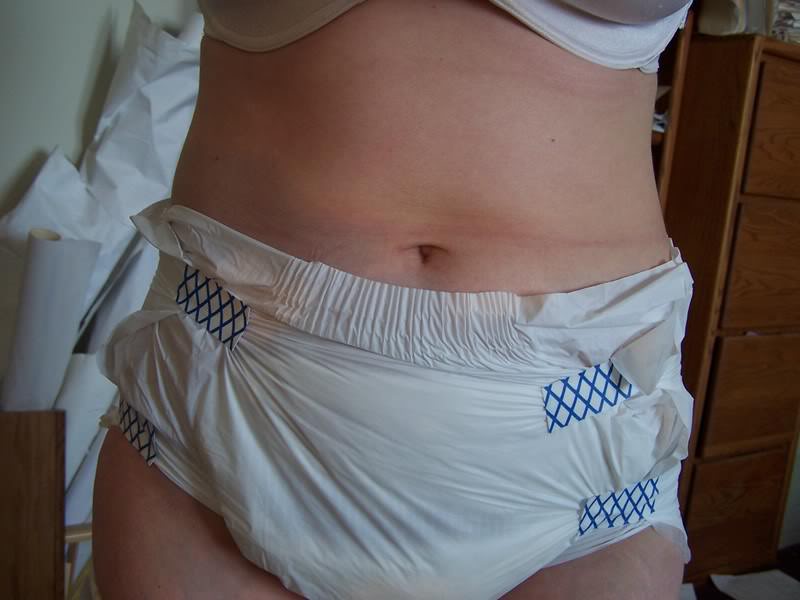 I had this on last night after I changed out of my last one and I woke up this morning and the diaper felt dry. I am not sure if I used it before going to sleep. I had to pee so I let loose and it was a big one and the diaper held it all when I flooded it. It felt nice and warm and I felt the warmth spread to the back of my diaper. Then I felt dry again a few minutes later.

Then later in the morning I peed in it again and it was another big one but not as long as the first one. I did about two more wettings in it but they were both small ones. The diaper held it all and I did feel wetness between my skin and the diaper on the front and back but there were no leaks. Then I changed when I got home when my dad and I tried to drop off a TV to recycle it but they were going to charge us 40 bucks for a small TV set. I didn’t realize they charged that much.

Here is my wet diaper (scroll down to see)  I made here. I need to drink more water given how yellow it is. You can tell how close to the sides the pee got to.

These are from the UK I got from Wearing Clouds. I put it on last night and they hold well, they didn’t leak. But I didn’t get to use it to full capacity because it stunk like urine so I had to change. My mom asked me if I had a wet diaper and I said I did and she told me I better change it because it stinks really bad and it’s disgusting. But I know we should all change every morning anyway after getting out of bed no matter how wet the diaper is unless it was still dry when we got up and then we wet it. The longer the urine stays in the diaper, the more it smells so even fresh pee with make it stink. But because it was only one diaper I had, I cannot accurately form an opinion about it to know for sure it has poor odor control because all diapers smell the next day after having it on the night before or the day before. That is probably why companies usually send out two diapers for a sample so you can test it accurately to see if it’s the right diaper. Wearing Clouds only sends out one diaper so you would have to order two of them and the diapers there are pricey per diaper. It cost me over $20 total for five diapers but with a 40% discount, it only cost me around $18 and that includes shipping in it. Remember it’s shipping that throws me off so I rarely buy diapers from private companies because they charge you for shipping and it’s a lot. But if they offer free shipping, then that is different.

They are pretty thin and crinkly and they are supposed to hold 3500 ml which is about 14 cups when I looked online so that is nearly a gallon it holds. I don’t need a diaper that holds a shitload because then it would be a waste of money because I don’t wet them enough and they will just start smelling before it gets to its capacity. Also it still felt comfortable after it was wet and it didn’t sag. They felt more comfortable than the Abena M4 diapers and I tried the cloth like ones too and they smell terribly when wet so I know to not get Abena online. I don’t understand how people can like them if they have poor odor control. But I want a diaper that doesn’t stink easily. Wet Abenas seel uncomfortable when wet because they sag but this ID Slip didn’t sag or feel uncomfortable at all and I still felt dry when i changed it but with a fresh diaper on now, I can definitely tell the difference between the wet diaper and a dry one.

Here is my wet diaper:

(Link broken so remove the space in it. I did it because I know not everyone wants to see used diapers and the image was showing when I posted the url)

You can barely tell it was wet so that could mean I had enough fluids. But it was wet in the middle and it could have held more but it was smelling so I had to change.

Here is how I roll mine up:

You might notice the dark patch on the diaper, that is where it is wet.

Now I have on a cloth like Cushie. It feels nice to be dry again and not smell.

Married, LDS ABDL (Adult Baby Diaper Lover) working through my “big three” with discussion around #abdl in my personal, professional, and family life.